The tour starts by reaching our panoramic viewpoint on top of ‘Leboland’. Surrounded by the community garden’s pumpkin fields and the greenery of our campsite you will view Soweto with a 360-degree angle. The guide will introduce you to both our history and what we are doing today to take our community forward. Famous landmarks such as the Orlando Towers and the Orlando Stadium can be viewed from here.

We will thereafter head to the former men’s hostel in Mzimhlophe which used to be the home of male migrant workers during the apartheid era, you will learn more about their living conditions, how families live here together today and about South Africa’s and Soweto’s ongoing social and economic challenges.

Along the way we will stop at street stalls or local shops to buy local snacks as a way of tasting typical township street food/snacks and supporting our local businesses.

The tour continues to the community of Meadowlands famous for the forced removals from the mixed-race area of Sophiatown in Johannesburg in the mid-1950s. Learn more about how the Apartheid government divided the population according to their race-group and how the homes of the non-white population were destroyed and people were moved into other areas where they were forced to re-build their homes and families.

We continue the tour cycling along various streets leading us to Orlando West, seeing the various neighbourhoods and how people in Soweto has progressed. We will make a stop outside one of Soweto’s ‘little mansions’ – South Africa’s famous jazz singer Abigail Khubeka lives here and the guide will give you a little taste of her music and her contribution to the South African music scene.

Our next stop is at the Hector Peterson memorial site where we commemorate the student uprising that took place on June 16, 1976. Students took to the streets against the oppressive education system and police answered with teargas and live ammunition. Many innocent children lost their lives on this day.

We thereafter cycle down Vilakazi Street – the only street in the world that was the home of two Nobel Peace Prize winners – Nelson Mandela and Arch Bishop Desmond Tutu. Stop outside the Mandela House and learn more about Nelson Mandela and his former wife Winnie Madikizela Mandela and their time in Soweto and their contribution of the struggle for freedom. Cycle further down the street to the Tutu home and hear about another great icon in the fight against Apartheid.

Coming back to Lebo’s Soweto Backpackers we end the tour with a traditional drink ceremony. As we end the tour the guide will take us through our African customs and traditions by gathering in our African kraal decorated with various African accessories and artefacts. Everyone is offered a taste of our home brewed sorghum beer – Umqhombothi as well as our traditional Maize drink Mageu.

All our tours includes lunch which is either served after the tour – 10am slot – or before the tour – afternoon slot. Lunch is served at our “Outdoor Restaurant” with seating in the community park. The meal is a delicious African stew cooked the traditional way – over the fire – served with bread or with the popular staple – Pap (maize porridge).

Choose between these departure times:

Both the 2 hours and 4 hours tour includes lunch which is either served after the tour – 10am slot – or before the tour – 1:00 pm slot – lunch starts at 12:30! Lunch is served at our “Outdoor Restaurant” with seating in the community park. The meal is a delicious African stew cooked the traditional way – over the fire – served with either bread or the popular staple – Pap (maize porridge). 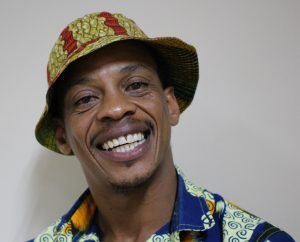 The late Lebo – founder of “Lebo’s Soweto” grew up in the house which is today our Backpackers hostel. He was introduced to the tourism industry as buses started coming in numbers in the early 2000’s. He was then selling craft at the Hector Pieterson memorial in Soweto and started inviting some of the travelers he met to his home to experience another side of Soweto than viewing the township from a bus-window. A few years after that Lebo started the now popular Soweto bicycle tour taking people out of the car and on to the streets of Soweto. 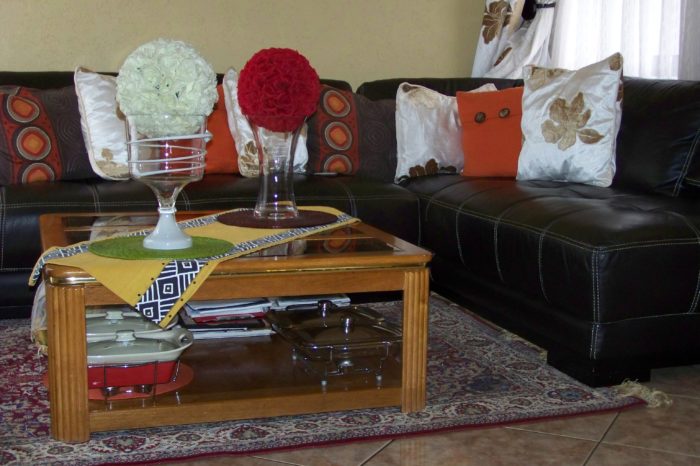 Soweto born and bred, Kate lives next to Mandela Museum. Bishop Tutu’s house, she is very welcoming and enjoys working with people.
Vhavenda Hills Bed and Breakfast is a 3 star graded establishment. 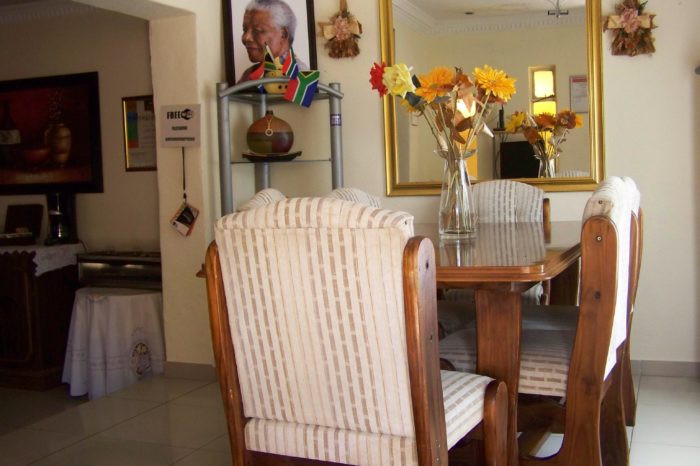 It is the home where I, Susan, was born .
Iam the owner of Emthonjeni Bed & Breakfast my sister is the manager ,
it is the family business though we employ people when it is very busy.
I started this building the establishment from 2009-2010 preparing for the WORLD CUP. 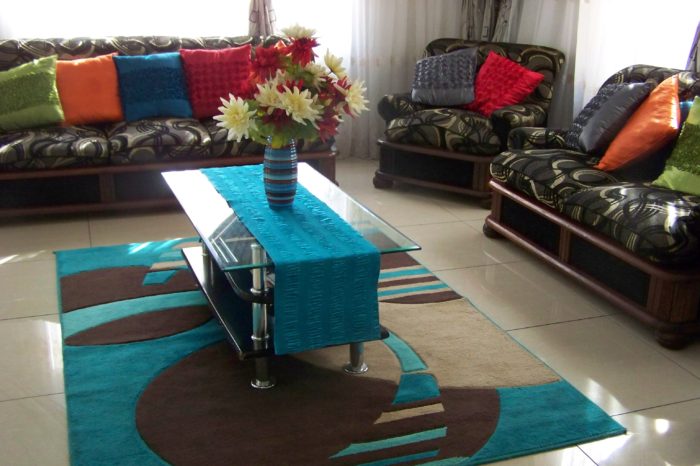 My name is Rose Mlonyeni, I am the owner of the Rose Bed and Breakfast. I am very energetic, kind and I love travelling to see different places and mix with different cultures. Hospitality is my passion and I love to talk with other people, I love welcoming people in my home as it makes me feel great.