This Johannesburg art tour aims to shine light not only on the artists but also the range of different businesses encompassed by the valley and the rich history associated with it.

What is Makers Valley?
Makers Valley is a neighbourhood to the east of Johannesburg’s CBD. The people who live and work in Makers Valley are diverse in many ways including socio-economic status, ethnicity, and religion. Most residents are economically challenged, and many without employment. However visible urban decay and associated social ills are counterpoised by pockets of vibrant business development, in both the formal and informal sectors. Lack of access to employment is most prevalent among the youth, hence the vision to support the rising tide of entrepreneurism in the Valley is strong.

Economy of Makers Valley
The name ‘Makers Valley’ refers to the growing presence and activities of many forms of creative entrepreneurism in the area. Artists, cultural practitioners, artisans, urban gardeners, carpenters, shoemakers, metal and woodworkers, clothing designers and others, live and work in the valley. 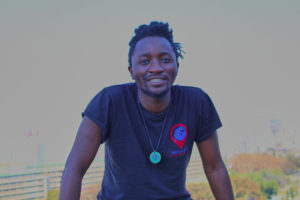 Hey ya’ll, Franck here. I was born in the Congo, but raised in many countries across the African continent. My first experience travelling across Africa began as a refugee at the age of 7. At the time, my father was a political journalist who had to flee the government in fear of execution. We travelled by bus and foot for many years to our final destination, South Africa. I have lived in Zambia, Tanzania, Zimbabwe, Mozambique and Angola.

I drew much of my inspiration for this travel company from my adulthood spent living in the infamous inner-city of Johannesburg. My mom always warned me to beware of certain places and buildings. It had become a dangerous place to live in the late 90’s which required certain survival skills; the inner city of Johannesburg was the melting port of African culture with many different immigrants calling it home. For as much as it was “Dangerous” it was the only place I could call home due to its diversity and acceptance of all people.

The iconic Ponte Tower was symbolic of this time (AKA The United States of Africa). Walking distance from my home, I was constantly reminded if I don’t do well I’ll ended up in that building. At the time, the building was a symbol of failure. One day, curiosity lead me to moving into this building and this has given me the opportunity to challenge people’s perception about my neighborhood and exposing them rather to the beauty of the inner city.

My love for storytelling grew overtime and as I explored South Africa I realised the diversity of this country and the story of it’s people wasn’t well represented in the tourism industry; my mission is to retell the true African story and change people’s view on the African continent through unique experiences that will connect travellers to the people Africa.

I believe I can use tourism as a catalyst for building communities and changing the narrative of this beautiful continent through a fair trade between visitors and communities.” 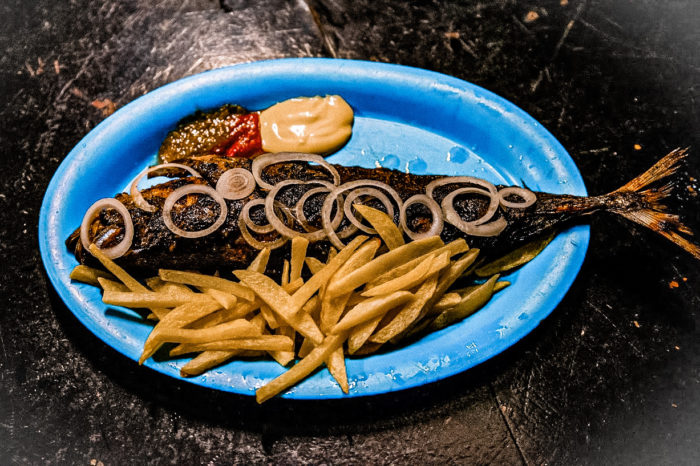 This Johannesburg food tour takes you on a journey across Africa. Taste a little something from destinations such as Cameroon, Ethiopia, Ghana and Nigeria and learn about the unique history of the neighbourhood! 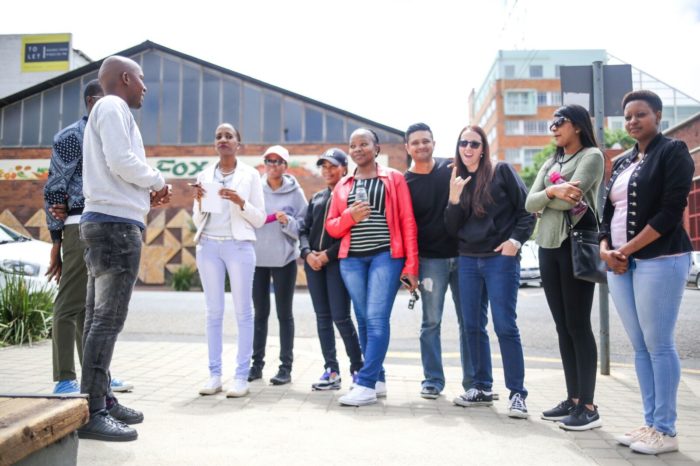 Lace up your walking shoes and get ready to see a side of the city that usually only the locals do. 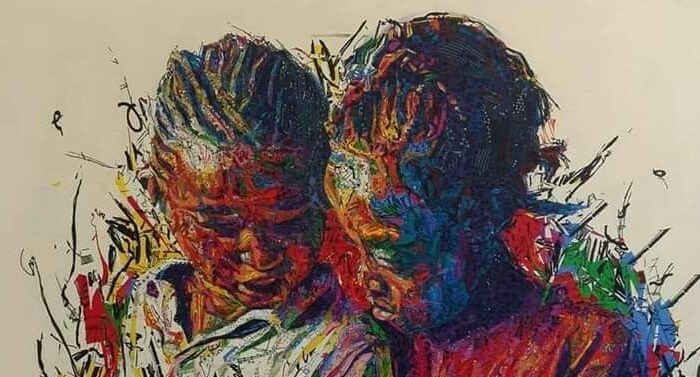 Join us for our new studio art tour which starts at 9am. The idea behind this tour is to showcase Jozi CBD art talent by visiting the artists in their workspace.

1 day
© Copyright I AM JOBURG, brought to you by