We are a tourism company based in one of the historically most important sites in South Africa: The suburb of Sophiatown in the city of Johannesburg. Sophiatown the unique space in the world, the home of jazz the Chicago of South Africa ,the mother of style ,unity and rainbow.

Ask Mbali about her other tours available starting from R150 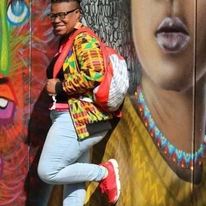 Mbali worked for Sophiatown Heritage center as the heritage practitioner, Researcher and the tourist guide for eight years .while she was still a student at museum Africa Mbali and her Team design the award winning exhibition called “fongkong freedoms” She also design a popular exhibition in Sophiatown called “My Sophiatown” she created name for herself when she research and curate an interesting “woman of Sophiatown Exhibition that was on the news.

2018 march we were nominated as one of the best township tourism in Johannesburg.2018 august we were short listed township busness awards conducted by Gep.