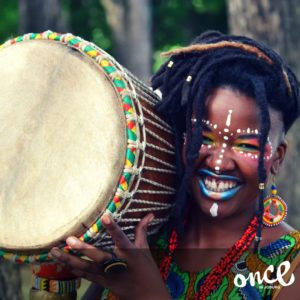 Thobz (which is short for Thobekile) was raised in inchanga by her grandparents, an area known as Iskomplaas. Inchanga is one of the hills of the Valley of a Thousand Hills, near Durban in KwaZulu Natal.  She comes from an educated family that maintains strong traditional values and practises. The family grew their own food, ran community gardens and practised a lot of traditional ceremonies. Here Thobz learnt how to brew traditional Umqhomboti or Utshwala Beszulu.

During the days of Apartheid when alcohol was illegal to make, her grandmother, who lived in the city, used to hide in shacks and brew their own beer. It would bring joy to the people who came from villagers.

There are no reviews yet.