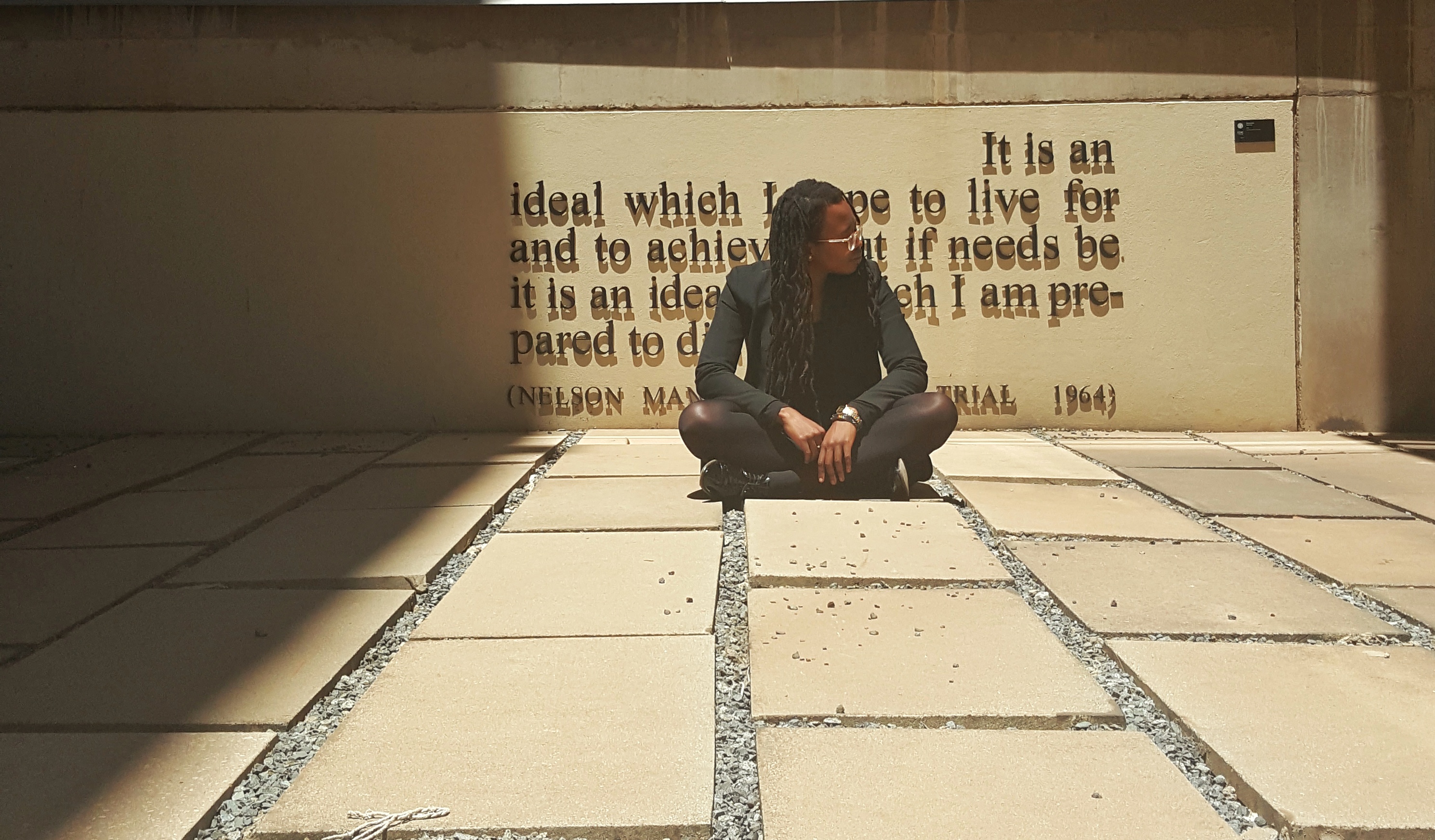 On 5 December 2013 we lost our first democratically elected President, a towering figure in the formation of the new South Africa and a man that I thought could surely defy death, Nelson Mandela. Like most South Africans I did not know how to express and process the grief I felt but I knew that there was only one place that could give me some comfort- Constitution Hill.

I drove to Constitution Hill as my chosen site of mourning for Nelson Mandela but more importantly also as a site of hope in what seems to be a very hopeless time.  .When I arrived at Constitution Hill I went straight to my favourite space at the Constitutional Court, the courtyard. This very simple and peaceful space is undecorated and bare except for a quote of the last and very defiant words that Nelson Mandela said in public before he was locked away for 27 years- 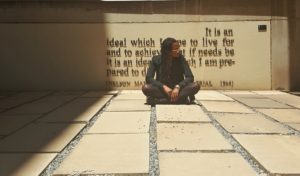 “It is an ideal which I hope to live for and to achieve. But if needs be, it is an ideal for which I am prepared to die.”

Constitution Hill as a human rights precinct and the home of the Constitutional Court is the very embodiment of the ideal that Nelson Mandela was prepared to die for and for which he was almost sentenced to death for.  This site that we now freely move in is the home of the Constitution, it represents a triumph of good over evil. It strikes me that Nelson Mandela inaugurated the Constitutional Court and that he lived to see the achievement of a dream that came at a incalculable cost.  The courtyard is a space that reminds me that the only thing that has ever changed the world are people of conviction and courage.

2017 has presented its own moments that had me in search for solace and hope. This year has brought much upheaval, deep disappointment and embarrassment for most South Africans. Bearing witness to xenophobic and racist attacks, gender based violence, corruption and the ceaseless dramas has now become quite routine can take a toll on the best of us affecting our physical and mental health. I again sought refuge at Constitution Hill and now I will end the year dancing on this site at the AFROPUNK festival.

As 2017 has threatened to bury us under its pile of drama it is worth remembering that something wonderful is sure to be our silver lining at the end of this bruising year, the balm to soothe our battle scars is AFROPUNK at Constitution Hill on  30 and 31 December 2017. If Afropunk is the microphone of thought then Constitution Hill is the stage for action. Designed to restore power to the disempowered, to revive hope in the hopeless and to renew the weary, Afropunk is exactly the self-care we need before launching ourselves into a new year. Despite the difficulties of the year, we have survived and that surely is worthy of celebration

© Copyright I AM JOBURG, a project by